Wasps are some of the most annoying pests that any homeowner will ever have to deal with. In some instances, such as when a wasp nest is well away from your house, it's possible to leave the wasp nest alone. Wasps kill harmful insects, which is advantageous if you have a flower or vegetable garden.

More often, if you discover a wasp nest on your property, you will probably want to remove it. Certainly, if a wasp gets inside your house, you want to get rid of it quickly. This article offers a helpful guide to wasp removal.

If you notice a wasp in your home, your first instinct is probably to take a shoe or newspaper and kill the wasp. However, this likely is not the best response. Wasps release a substance when they are killed that attracts other wasps. You don't want to end up dealing with even more of the pesky insects. Before resorting to killing the wasp, try to blow it out of a window or an open door with a small fan or blow dryer. Only squash it if you have no other choice.

When you are attempting to remove an entire nest of wasps, you will, of course, have to be much more careful than if you are dealing with a single insect. If you are going to do the job yourself, it's crucial that you wear appropriate protective clothing, such as a thick long-sleeve shirt, long pants, and a head net. The best time to remove the nest is at night when the wasps are not active.

One method of removing the nest is soaking it in boiling water mixed with soap, but a pesticide spray will likely be more effective, according to BobVila.com. Also, sprays can reach places where using boiling water is not practical, such as under your eaves. If you would rather not approach a nest, or you notice a lot of wasps on your property but are unable to locate the nest, commercial wasp traps are another option.

Although dealing with a single wasp is not usually a problem, removing a nest poses a serious risk of being stung. This is especially true if you are allergic to bee or wasp stings. To avoid any risk, contact a  professional pest control service and let them handle this task.

For more information about wasps or other pests, contact a pest control company in your area. 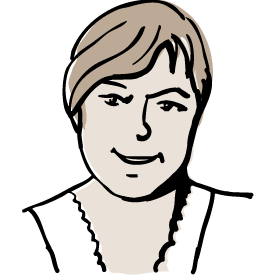 How much of a difference do you think a little careful cleaning can make? Although you might figure that vacuuming around your baseboards and sweeping behind your stove is meant for your once-yearly seasonal cleaning, little jobs like that can keep bugs away from your house. When I was growing up, my parents didn't keep our house very clean, and we constantly struggled with incoming insects. To help you to keep your home and family safe, I made this website. If you read the articles I have posted, you might be able to keep your home safe from pests and other vermin.